So I’m still here (though it’s okay if you didn’t miss me or notice I was gone). But I’ve been pretty preoccupied with my new project. As some of you followers might now, I love subscription boxes. I think they’re genius! But I was tired of being disappointed with the boxes I was subscribed to month after month and not finding the perfect box to fit my needs.

So I started one of my own with the help of Taylor!

I’m proud to introduce you to Book Boyfriend Box!

Book Boyfriend Box, inspired by popular books and characters (particularly of the swoon, male variety), brings a new favorite book and book crush to your door every other month. I wanted to create a box with not only awesome items that any bibliophile can enjoy, but also introduces you to new characters for us to love and cherish.

We debuted in September, and the first box was a great success that I’m super proud of. Especially because I didn’t really know what I was doing haha. I even had my first interview, which you can check out here. This is a dream come true for Taylor and I, as we’ve both always wanted to be entrepreneurs.

I’m having so much fun putting these boxes together and trying to find the perfect book! But, yes it does take up a lot of my time. And on top of that, little Ollie is a rambunctious toddler now, so we have our work cut out for us.

Our December box is on sale now, and by golly, it is perfect! The theme of the month is “Love Letters,” and along with an amazing newly released novel, the box will contain Jane Austen inspired products for all those Mrs. Darcys out there. Seriously this box is sweet! If you’re interested in picking one up, use the code BBBWELCOME at checkout for a 10% discount off your first box.

And that’s what I’m up to everyone! Book Boyfriend Box! For fangirls by a fangirl (and her nerdy hubby).

Here I am. I am indeed well and alive. Thanks, Daley Downing, for reaching out and checking up on me. I’m sorry I haven’t been around for anyone that missed me. I needed a break. I didn’t know I needed a break nor did I intend on taking one. It just sort of happened.

A couple things led to that.

For one, I’ve been busy with a new business venture that I’m super excited about. I’ll give you details on that later.

I realized I had worn myself out. I was losing track of why I started this book in the first place. Instead of writing and reading for the sake of my love of books, I’d become a bit too consumed with deadlines, obtaining ARCs, cranking out reviews, and reading for others more than for myself. I was losing sight of why I enjoyed reading and blogging in the first place.Obviously, those things can be important but they had overtaken my life to a point where I wasn’t enjoying myself, and I’m not enjoying reading than what is the point?

Basically, I felt like I was losing my personality and becoming a review robot.

And I’d rather write less and be awesome.

SO! I will keep blogging and reviewing but expect some changes! A few things I’d like to do differently are more concise reviews. I was reading Kirkus Reviews lately, you know the ones that are always on the Praise section on the back of your book, and I realized that they are incredibly and wonderfully short! They don’t dance around their opinion. They use precise language to make their point and are done with it. I’d like my reviews to be more like that so I don’t dread writing them.

Second, I was manic about making sure I wrote Monday, Wednesday, and Friday at the very least sometimes more. While I think consistency is important, I have a one-year-old that needs my time and attention. So from now on, expect a post on Monday. If I write more than that, great. If I don’t, then oh well. That’s the consistency I can offer at this point in my life.

Hopefully though, if I’m writing shorter reviews for the most part, it won’t be such a chore to write a post multiple times a week.

I hope you understand and that this won’t dissuade you from keeping up with me! But if it does, I totally understand…sort of. Kind of. Okay not really because I’m awesome, darn it!

With further ado, here is my review of the upcoming book Frostblood, which is to be released in January 2017!

Ruby is a Fireblood, born in a kingdom ruled by the powerful Frost King, who has decreed an end to her kind. After she is imprisoned and her mother killed by his soldiers, she heartily agrees to an opportunity to kill the king, even if it means learning to take control of her unpredictable and dangerous powers after years of suppressing them.

Frostblood reads like an early Sarah J. Maas novel though with more grit and less fluff. The world building was superb, complete, and made a wonderful backdrop for our characters. It was easy to imagine the Frost King’s palace, icicles and all, as though you were actually there.

I though that Ruby and Arcann where fairly well-developed, though they could’ve been pushed a bit further and it may have been more interesting for their romance to be drawn out. However, I still enjoyed them as characters. Both are sassy and strong while still being flawed and having believable likability.  What I really would’ve liked to see though was more development of the secondary characters. I was quite sad that Rasmus, the Frost King, was so one-dimensional as I personally found him to be incredibly interesting and would’ve enjoyed learning more about it. The priests as well were a bit lackluster.

Overall though, a great first novel which gives readers a good glimpse at Elly Blake’s potential.

END_OF_DOCUMENT_TOKEN_TO_BE_REPLACED

Wow. I almost don’t even know where to begin. This retelling of Alice in Wonderland is one crazy, dark, wild ride. And I loved every minute of it. Even the parts that made me squirm. END_OF_DOCUMENT_TOKEN_TO_BE_REPLACED

Never Ever is a contemporary re-telling of Peter Pan. Unfortunately, I couldn’t take this book seriously, and me not liking something Peter Pan-related is just unheard of. It goes against the very core of my being. END_OF_DOCUMENT_TOKEN_TO_BE_REPLACED

Hello, my lovelies! Happy Monday! How are all of you? Let’s chat.

On Saturday, I was fortunate enough to meet the lovely Kiersten White, who graced us with her magnanimous presence in celebration of the recent release of her book, And I Darken (which you can read my review of here). And I Darken is my top book of the year so far, so if you haven’t read it, please go out and get a copy of it. I love this book with my whole heart.

And meeting the author was such a delight! END_OF_DOCUMENT_TOKEN_TO_BE_REPLACED

Alright, everyone. I’m sorry for being a horrible blogger. I had all these things I was going to post this week, and it just didn’t happen. I will do better! I promise!

I do have this tag to share however. I saw it on (Over)Analysing Literature, and I just had to do it! I loved watching Chloe squirm.

Here’s the rules. Go to your read shelf on Goodreads, and choose to sort by random. From there, scroll down and divide the books that appear in groups of three. In each group, choose a book to burn, rewrite, or reread.

This is book blasphemy! Let’s get started, shall we? END_OF_DOCUMENT_TOKEN_TO_BE_REPLACED

If you love this book, you might not want to read ahead. A lot of unpopular opinions are about to spew from my lips…er fingers.

It all starts with the cover. At first glance, you see it, and you’re blown away. It looks so bad-ass and awesome! But then you look closer, and you realize it’s actually ridiculous. How can anyone possibly fight with all that long hair flying everywhere?

And don’t even get me started on those pants. They look great…till you realize that if this was real life, her pants would be falling off her butt, they’re slung so low! I can’t even look at them.

Girl, your pants are falling off!

And this is where my eye rolling began. END_OF_DOCUMENT_TOKEN_TO_BE_REPLACED

This post is for my rambles and for the fangirls. Beware of spoilers ahead. It you want my non-spoiler opinions, see my review and Part I of this book here.

Okay, okay, okay, okay, okay. Wasn’t this sequel awesome?! In my opinion, it blew ACOTAR out of the water. I didn’t really care for the first book other than to acknowledge that Sarah J. Maas is a talented writer with a bright future ahead of her.

But there’s a lot I appreciated about this book that I’m sure many of you did as well, and I just have to gush about it to someone! END_OF_DOCUMENT_TOKEN_TO_BE_REPLACED 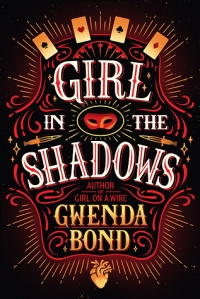 I read this book last week, and it was released yesterday. I had a moment of extreme cover love, which ultimately led me to requesting this book. Isn’t the cover gorgeous?

Unfortunately, the cover is my favorite part about this book. END_OF_DOCUMENT_TOKEN_TO_BE_REPLACED