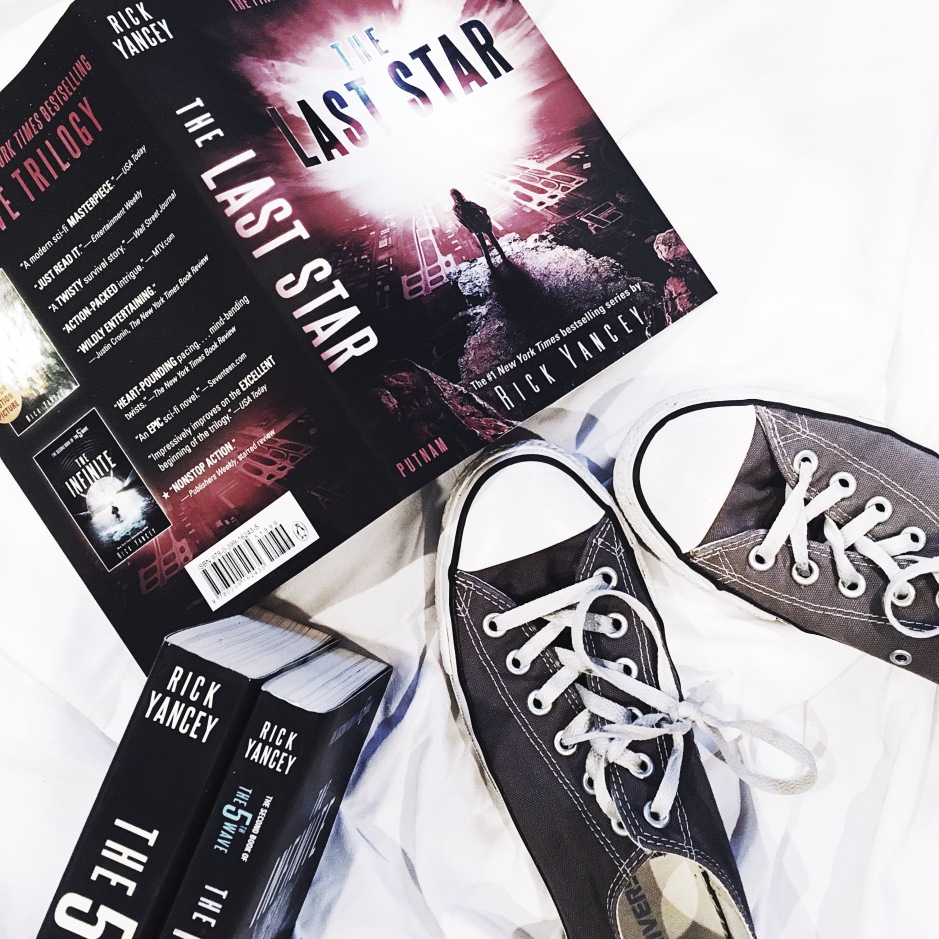 It’s a big week for me. I am a vendor at a large Star Wars event on Friday, so most of my energy has been been put into preparing for that. I have new Star Wars designs in the store, and will be adding more, so please take a look!

But I couldn’t resist when The Last Star ended up in the mail on my front porch. I just had to read this book.

And it seems that I could’ve and maybe should’ve held off after all.

I don’t know how to write this review or even what to rate the book. I literally just finished the book. I closed it and immediately picked up my book. My feelings? I am baffled.

The Last Star is the final installment in the 5th Wave trilogy. Since the mother ship first appeared in the sky, life has turned upside down for Cassie Sullivan and Ben Parish. After escaping the Silencer Grace, they need to plan their next move in their quest for survival.

I had high hopes for this book, the first two being so good. It began on such a high note the first chapter being incredibly suspenseful and creepy. But for me, it went downhill from there.

Now, I consider myself an intelligent person. I won’t claim to be the smartest, but I’m by no means a Neanderthal. However, this book went completely over my head.

I don’t understand this book. It feels like so much happened and yet nothing happened at all. This book was unnecessary in my opinion. It picks up right where The Infinite Sea left off so if you don’t remember how that book ended, you might want to pick it up and read the last 30 pages. Then it seemed to me that a lot happened for the sake of things happening. I think The Last Star and The Infinite Sea could’ve been put together as one book.

For example, and this is a minor spoiler right at the beginning of the book, Ringer escapes from Vosch, just to turn around and go right back to him. What? Why? And wasn’t there a better way to write that without a bunch of filler pages?

Basically, nothing new was explained in this book that took 337 pages to make it happen. And despite a 337-page novel, I was still left confused at the end about the Other’s and Vosch’s motivation, and what is was they hoped to achieve. I kept reading in hopes of clarity that never came.

Perhaps part of my confusion came from the rapid switching of perspectives. While the perspectives shifted in 5th Wave and Infinite Sea, typically one or two characters still narrated the action. The Last Star was all over the map, switching to a new character almost every few pages. The experience was jarring for me. As soon as I settled into one perspective, it would change again and again, often leaving me confused and having to re-read to figure out who was speaking.

The series has always included strong biblical and religious themes, but this book spat them out right and left. It would’ve been interesting to me, but honestly, I didn’t understand the point Yancey was making. In fact, I’m left under certain whether he is pro- or anti-religious. Some might say who cares? But obviously, it matters and is relevant enough to the story that Yancey felt the need to incorporate themes of God and faith into his story. Once again though, what he was trying to say about them, I’m not sure.

One part I did enjoy was the evolution of Cassie. Over the whole series, she’s had a 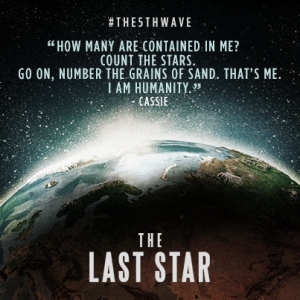 wonderful character arc. While many might disagree with me, I was happy with where she ended up. I thought the ending was perfect.

Or at least perfect for her. For the rest of characters, I felt a lack of closure.

Overall, while I’ve enjoyed the series, this wasn’t quite the ending I was hoping for. If you’ve read the rest of the series, I would still say suck it up and see how it ends. Your opinion might be different than mine. In fact, I’d love to hear your opinion and your take on the plot elements that I didn’t understand.