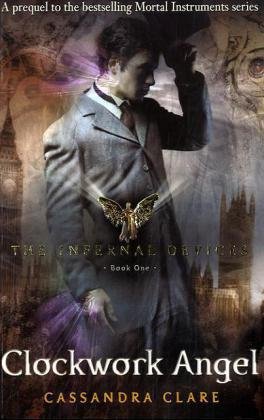 I know what you’re thinking. Whaaaat? You haven’t read this yet?! I know, I know. I read the Mortal Instruments series. So why hadn’t I read this one? I’m honestly not sure. So when I saw it on the book shelf in the library, I knew I needed to give it a whirl. I mean it is amongst the most well known and popular YA series. I have a lot of things to catch up on, but despite that, I took the time to barrel through it.

And honestly, I wasn’t all that impressed. After all the praise and attention it received, I had much higher expectations. But I guess I should know better. After all, teen girls and women alike also endorsed Twilight.

Okay, so it wasn’t that bad. However, it left much to be desired.

I guess I will start with what I did like. I like how Clare sets up her world and mythos. You can tell she took care when recreating London. Refreshing to see a YA fantasy author doing some actual research. She references to real places in their real locations and cites the changes she made. I love that she put in that much attention to detail.

I am also pleased that she is expanding her universe by focusing on Downworlders versus Shadowhunters. A Downworlder, for those that don’t know, is someone who has demon blood in them while Shadowhunters are basically angel-offspring vigilantes. The Shadowhunters still play a main role, but a Downworlder is the protagonist and we learn more about the Downworlder politics and on-goings. In fact, I think I find Downworlders more interesting. They are definitely a more colorful variety as opposed to the Shadowhunters who always come off as a bit stuffy and arrogant to me.

I also digress that the climax picked up immensely where I was reading out of interest and not out of obligation. I didn’t fully see the direction she was going with some characters till it was upon me, and I was as shocked as the characters.

However, I felt like the book overall lacked grit and soul. The depiction of Victorian England society was provincial and stereotypical. The characters seemed more like archetypes than fleshed out beings with actual personalities. And I could not have cared less about the love story. 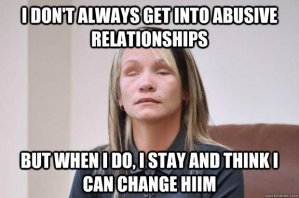 In fact, let’s talk about that. I cannot stand one more love story where an abusive
relationship is glorified and portrayed as romantic. Will is rude, abrasive, unkind, and honestly a pig. He not only verbally assaults everyone around him, but even physically pushes Tessa. I’m glad that she at least admits that he doesn’t deserve her care and affection. But somehow I doubt that this subplot is going to end anytime soon. *glowers*

All in all, I’ll probably continue reading the series only because the twist at the end were so surprising to me, so I am somewhat invested in seeing how it plays out. And I’m hoping this Will/Tessa thing will resolve differently than I think it will. Even if it doesn’t, at least I’ll have something to complain about.

One thought on “Reading Wednesday: Clockwork Angel by Cassandra Clare”