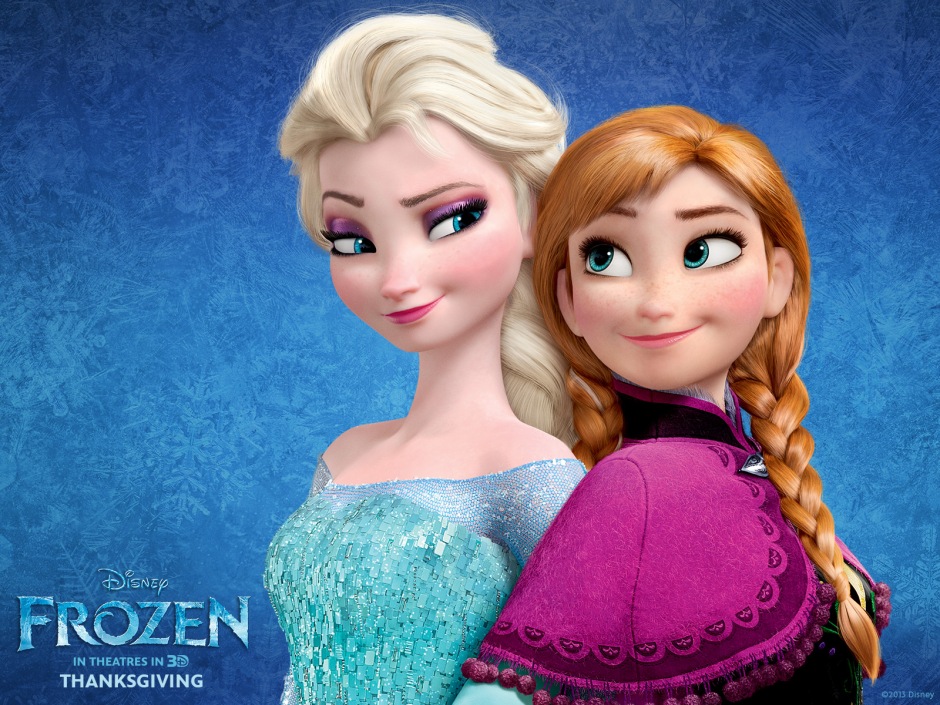 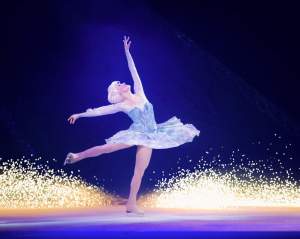 We had the privilege of seeing Disney on Ice’s Frozen Wednesday night. I must say it was pretty spectacular. I expected no less given the popularity of Frozen. I doubt Disney spared any expense. And wow, it was definitely the best of their ice shows. The snow falling effect was amazing in conjunction with the use of white fireworks to represent Elsa’s powers. Kind of ironic to use fire as ice, but we can overlook that. Kristoff had a wonderful solo performance, which is more than they gave poor Jonathan Groff in the film. “Let It Go” was obviously fantastically done. The costumes were gorgeous. But honestly, the best part may have been the hundreds of little girls dressed up, singing at the top of their lungs, and screaming with delight: “ELSA!!!!!” It made me excited to have a daughter of my own someday with any luck.

While Frozen fever continues to thrive among little girls all over the world, it has certainly waned amongst the adults who’ve heard the songs one too many times. I’ve got to admit though; I love Frozen! I think part of it was that I missed the initial craze. I was out of the country when Frozen was released and didn’t see it till a year later. I know Frozen isn’t perfect. In fact, there are some really weird and random plot elements. But I enjoy it immensely (hence why I went to see it on ice), and I appreciate that this kind of film was made for children. Frozen addresses issues not often seen in a children’s feature, and I honestly don’t mind if my kids love Elsa and Anna if it’s going to help them learn these valuable lessons:

1. We all have character flaws: It’s true. Everyone has problems, even Disney characters. However, in most Disney princess movies, the films focus more on their virtues than their weaknesses. Cinderella is patient and kind. Snow White is beautiful and gentle. Mulan is fierce and protective. Pocahontas is spiritual and respectful. Rapunzel is positive and artistic. Tiana is hardworking. And on and on and on. The conflict in these films stem from external sources, rather than internal. Frozen completely does the opposite. The plot and conflict of Frozen is driven by the character flaws of Elsa and Anna. Elsa’s fears and passiveness with Anna’s neediness create the circumstances leading to Arendelle’s demise. Of course, they have other problems to solve along the way, but the main problems lie within themselves. These problems resolve as both Else and Anna recognize their individual problems, accept themselves, and stop looking to others for validation. Frozen teaches us that even the good guys are not perfect and that our mortal weaknesses are something we need to work on, and we can do that by loving each other and loving ourselves.

I think that is huge in a society that sends a strong message that we are not good enough. I know as a woman I struggle with comparing myself to others and thinking that I should be more like someone else. Frozen, on the other hand, tells us that it’s okay to just be ourselves. I’ll be happy if my children gain the confidence in themselves that I personally lack.

2. Not every prince out there is good: Disney princess movies almost always depict love at first sight. The princess meets a handsome, charming guy, they fall in love, and they live happily ever after. The reaction Hans evoked from children was amazing. Almost traumatizing upon first viewing. My younger sister cried. Hans is supposed to be the handsome, charming, good prince, not the bad guy!

Of course, I don’t want my kids to be overly paranoid, but I’m glad that a children’s film

addressed a real issue. Too many people are used and abused by their significant partner. They are swept up in the initial romance and often ignore warning signs, only to tragically find out that the person they love is not who they thought they were. I’ve just seen too many people, especially girls, be emotionally, verbally, or physically abused by someone who they thought was absolutely great! Admittedly, I’ve been there myself, and it’s damaging. Furthermore, even if Hans hadn’t been a bad guy, for the majority of us, the first nice person we’re attracted to generally isn’t the person we’re going to marry, and think of how many problems would be avoided if teenagers knew that.

So yeah, I’m glad this movie made kids cry if it will teach them to be cautious and wise when it comes to dating, courtship, and marriage. I think this movie is a great way for parents to open up a dialogue with their children.

I also love the inclusion of Kristoff and him being the love interest in the end. Kristoff is not perfect. In fact, there’s a whole song dedicated to his imperfection. But while he might be the guy that one would initially overlook, in the end, he is the healthier, happier option. What an amazing lesson.

3. Familial love is incredibly powerful: I like that Frozen gave us an unconventional love story. I know that’s a trend we’re seeing now, but it’s not always between blood relatives. Frozen made it very clear that this love story is about sisters, about family. I think that too often in the entertainment we see today everyone is pointing fingers at their family members. I think we see too much of my parents were terrible human beings, or my siblings, were awful people who ruined my life and now I have all these problems and need to go to counseling as long as I live, and blah blah blah blah blah. Is that the case sometimes? Certainly! And I do not mean in anyway to belittle those who have had real family trauma.

But I think a lot of the time, most family members are just trying to do their best in this crazy world we live in. Our parents and our siblings aren’t perfect and they’re bound to make mistakes. But it’s important that we love them anyway. It’s so refreshing to me that Frozen addresses this. Elsa and Anna aren’t perfect (as we already discussed) and could’ve easily blamed all their problems on each other and on their parents. But Frozen makes it pretty darn clear that cutting yourself off from your family and those that love you doesn’t do you any favors. Instead, we need to accept and love each other, forgive those who may have wronged us intentionally or otherwise, and be accountable for ourselves.

And that is why I love Frozen. It breaks all the molds of traditional children’s movies, especially intended for young girls, and in the best of ways. It took me well into my adulthood to grasp most of these concepts completely. I’m hoping that if my kids see more movies like this, that process will be expedited for them a little. Maybe we’ve heard “Let It Go” one too many times, but I will listen to it again and again if my kids take even a shred of these important lessons from this movie.