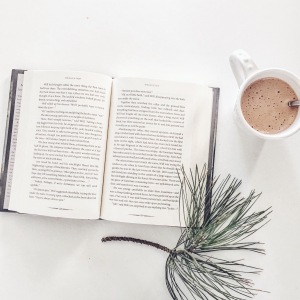 Alright folks, it’s our first Reading Wednesday review! It’s an exciting time. Especially because yesterday, I was contacted by a publisher to do a review for a YA novel and received a free copy. That is great news for me! Of course I was more than happy to oblige and that review will be up in the future.

For my first Reading Wednesday review, I’ll start with The Ordinary Spaceman: From Boyhood Dreams to Astronaut by Clayton C. Anderson, which I recently read. This memoir caught my eye at the new non-fiction section of the library, and I thought how cool! Every kid dreams of being an astronaut at some point and here’s a guy who actually went on to do it. I had high hopes for the book given the subject matter along with the promise of humor.

However, to be honest, the book fell flat for me, and I was disappointed. The word I would use to describe it as best is okay. Anderson begins his book with the promise to keep things fun and interesting as he goes on to describe his life. Maybe I don’t understand the writer’s sense of humor or writing style, but it seemed a bit chaotic and incoherent. Additionally, the attempt to “keep things interesting” detracted from the emotional depth this book could have possessed. Anderson applied 15 times to become an astronaut before he was accepted. What an amazing feat! However, he goes over this rather fast in my opinion, and I didn’t feel as emotionally invested as I should or as motivated to persevere. What could have been one of the most inspiring lessons of the book was skimped over for the sake of comedy and entertainment.

Others parts of the book perturbed me. For example, Anderson goes out of his way to tell us how much he loves his wife and how devoted he is to her and God. Then he goes on to comment on the level of physical attraction possessed by every woman introduced to us subsequently. The juxtaposition was strange and unnerving. Furthermore, he begins a chapter by describing people with influence, making the statement that astronauts had influence. I thought how nice. He’ll say something about all the good astronauts are doing in the world or something. Nope. Instead he talked about them all going down to Bourbon Street during Mardi Gras, flashing bouncers, and watching porn. This actually infuriated me. It made me mad that these people of such high caliber acted in so poor of taste. These aren’t exactly the kind of people I want having influence or using money from my tax dollars. Such is life, right. All in all, the objectification displayed by Anderson and his peers to women, particularly in this chapter, disturbed me.

I know what you’re thinking. Yeah, go ahead and call me one of the crazy feminists. I could care less.

There were parts of the book that I did enjoy however! I honestly did not realize how few astronauts there are. I didn’t know anything about the process of becoming an astronaut and it was actually one of the more interesting parts of the book, which again I wish had been described more. The training and then living on the space station was cool as well and informative. My favorite part was the chapter From Russia, With Love since I speak Russian and lived there for a year. It was probably the only section that emitted a genuine laugh from me, and I appreciate Anderson’s portrayal of the Russian language and culture.

My final conclusion, if you’re looking for something informative, entertaining, and different then this might be for you. If you want something emotional, motivating, and awe-inspiring, which is what I was after, then this is probably not it. At least, I wasn’t able to find it here. Kudos to you if you did!

Editor’s Note: So I guess Mr. Anderson decided to post this on Twitter though I’m not quite sure why. Needless to say that I’ve received some backlash from his fans. Naturally, everyone is focused on one part of the review and I think you can guess which. Everyone is entitled to their opinion of course. I would like to clarify that I don’t think Anderson is a bad person. I was simply confused by the way he decided to portray himself, found it strange, and did not like it. Period. The book was not my cup of tea. And you can’t expect to publicly publish written work and not have it and yourself scrutinized, just as I have opened myself up to both praise and scrutinization by writing this blog.